A Year After Leaving The Paris Agreement 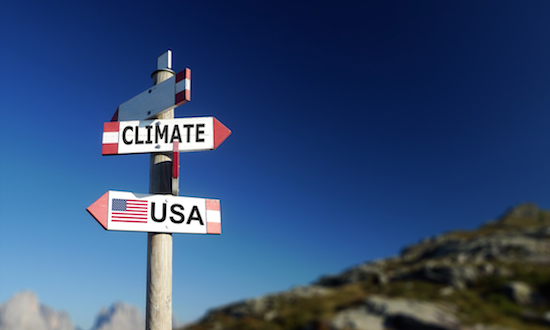 Since the announcement one year ago, over 2,500 businesses, universities, investors, mayors, and governors from around the country have declared that they are still part of the Paris agreement, according to We Are Still In.

Exactly one year ago Trump announced that the United States would withdraw from the Paris climate agreement. A commitment that was important to Obama, since the agreement represented America’s promise to future generations, a collaborative spirit and a step forward for the U.S. to be a global leader in the fight against climate change.

The Paris Agreement was not easy to accomplish and took years to finalize. In 2009 negotiations to create a shared action plan failed, but the setback highlighted the need for individualization within the agreement and a “bottoms up” approach. Each country would have to set its own goals, aiding the Paris agreement to actually lead to change.

At the Paris climate conference in December 2015, 195 countries accepted the first-ever universal, legally binding global climate deal. What they agreed on was to create a global action plan that would prevent dangerous climate change by limiting global farming to well below 2°C (3.6°F). And on November 4th, 2016, the Paris Agreement officially entered into force.

The plan was to work together and reconnect every five years to set even more ambitious targets. And all governments agreed that tracking progress towards the long-term goal had to include a robust transparency and accountability system.

In Trumps withdrawal statement last year, he argued that “The Paris Climate Accord is simply the latest example of Washington entering into an agreement that disadvantages the United States to the exclusive benefit of other countries, leaving American workers — who I love — and taxpayers to absorb the cost in terms of lost jobs, lower wages, shuttered factories, and vastly diminished economic production.”

But others disagree, since the announcement one year ago, over 2,500 businesses, universities, investors, mayors, and governors from around the country have declared that they are still part of the Paris agreement, according to We Are Still In.

The two key factors in the Paris agreement are collaboration and transparency, and by withdrawing, the U.S. is sending a message to the 195 participating countries that those values aren’t important. By exiting the Paris agreement Trump is not only hindering progress but actually setting us back years in the global conversation and further separating the U.S. from the rest of the world.