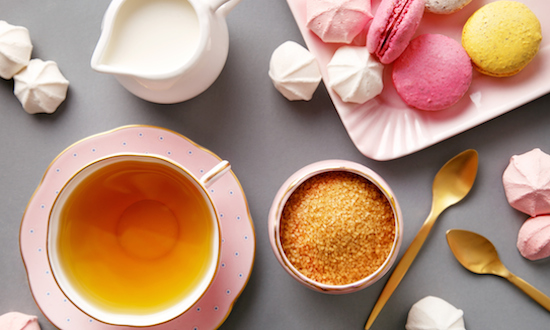 About a half-century since The Beatles and other bands became U.S. sensations, it’s time to make way for more British imports: afternoon teas and brunches.

Grocerants aware of the popularity rise of these eating occasions in the UK, plus recent successes of ‘breakfast all day’ menus in America, could mine these ideas to help occupy seats during quieter parts of the day.

Afternoon tea bookings in the UK have risen 54% over the past two years and 258% since 2013, according to OpenTable data cited by Big Hospitality.  Indeed, this past Black Friday, OpenTable partnered with Scoff & Banter Tea Rooms in London to create a relaxing experience for people chasing bargains online.  Each dining table had an iPad and high-speed wifi.  Each table for two booked through OpenTable for between 1 and 4 p.m. received a free bottle of prosecco.

Recently in the U.S., the Retail Dietitians Business Alliance suggested an afternoon tea for the day after the National Football League Championship Game in early February. At the tea, people who hosted or attended different football parties could compare notes with a light bite at their favorite grocerant.

Grocerant operators could mine the calendar for other tea opportunities year-round, or offer them routinely.

Meanwhile, brunch bookings jumped by 369% in the UK since 2013, and breakfast bookings were up 276%, OpenTable data revealed further.  Millennials are driving the brunch-and-breakfast-away-from-home trend, according to Lamb Weston research findings also cited by Big Hospitality.

With Dunkin’ Donuts and Starbucks in the U.S. already promoting deals to stir afternoon traffic, it’s time for grocerant operators to develop light-eating, value ideas that could attract diners between traditional mealtimes and help expose more people to the stores they’re in.