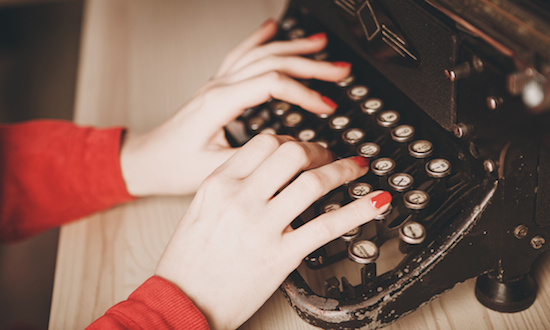 A timely, experiential differentiator for grocerants

From the January, 2018 issue of The Great Grocerant.

The sense of touch will have the biggest impact on the food industry in 2018, believes Phil Lempert, known as The SupermarketGuru.

“There is probably no profession more tactile than being a chef. Multi-sensory is the new secret weapon for food in products, their packaging and in-store,” wrote Mr. Lempert in his release of 10 food trends that will shape 2018.

Grocerants have a timely opportunity to help raise consumers’ tactile connections to food, and differentiate their eateries in new engaging ways.

Mr. Lempert discussed the importance and monetization of multi-sensory food experiences in the rest of his comments on this particular food trend:

“The typewriter is back, in the documentary ‘California Typewriter’ and Tom Hanks' book ‘Uncommon Type.’ San Francisco airport has a huge display of antique typewriters, some well over a century old, which produced best-selling novels, famous screenplays and even Beatles songs. Now we can buy a $249 metal typewriter keyboard that connects to an iPad. It’s all about being involved. Feeling and hearing the connection is more important in food than ever. We have witnessed a more intellectual connection to our foods, and now it gets physical. There has been a food-information ‘overload,’ and now we need grounding.

“Over the past year or so, we saw the first step in visuals, including unicorn-colored foods and black foods. Now the connection moves deeper.

“Autonomous Sensory Meridian Response, or ASMR, has created a new food media world, where acoustic sounds like slurping, chewing, whispering and the crinkling of packaging trigger a euphoria, a tingling down the back of our necks.

“Not convinced? YouTube stars like ASMRDarling, HungryCakes, ASMRTheChew and GIBIASMR have tens of millions of followers, and some of their videos have more than six million views. They have become the next food superstars, leading viewers into another dimension to feel and hear food.

“In Shanghai, Aldi, which in China sells only through Alibaba, presented a food fashion show, where attendees ate on the sides of the runway and models paraded real food fashions.