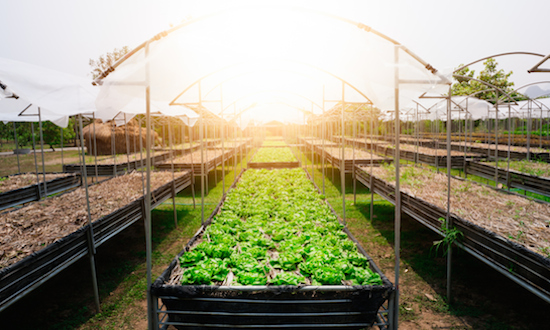 Forty-six individuals have been hospitalized including 10 that have developed a type of kidney failure from eating romaine lettuce and one death has been reported. New technologies hold the solution to reducing food borne illnesses and their discovery.

The Food and Drug Administration and the Centers for Disease Control and Prevention have reported that 98 people in 22 states have become ill from eating romaine lettuce grown in the region of Yuma, Arizona. Forty-six of those individuals have been hospitalized, including 10 who have developed a type of kidney failure. The difficulty of discovering just how and when the lettuce was contaminated is due to the fact that, at least in the case of the people sickened at an Alaska correctional facility, the contamination occurred not at the farm where the whole-head lettuce was grown and harvested but elsewhere in the packaging and distribution chain, according to the FDA.

‘Farm to table’ is a common phrase that is used to describe high quality and fresh foods. Along this path for all foods there are many instances where foods can be contaminated. In the case of this lettuce, which was harvested, put in boxes, shipped to another facility (or multiple ones), stored under refrigeration, washed, chopped and then packaged in bags that may include plain romaine or various salad mixes (that could contain other lettuces or vegetables grown from other farms) that contained the romaine. Many touch points that could be the culprit of the contamination.

Food production is complex, and following proper food safety handling techniques is very difficult. Since April 1, 2018 there have been 38 food recalls from the FDA ranging from having undeclared ingredients in protein bars to Listeria monocytogenes in mini éclairs to Salmonella in organic coconut flour to this lettuce recall due to E. coli.

The CDC has told consumers to avoid eating and restaurants and retailers to stop selling or serving chopped, baby, organic, whole head, hearts, of romaine lettuce, or any salad mixes that contain romaine if it comes from Yuma, or if it cannot be identified where it comes from. The CDC estimates that nearly half of all food-borne illnesses are caused by produce and in a 2013 report wrote that leafy vegetables (which includes lettuces) were the number one source of food poisoning.

There have been brands that have never recovered from having their products pulled from shelves. The FDA ordered the shutdown Bon Vivant Soup Company’s plant in Newark, New Jersey on July 7, 1971 after Samuel J. Cochran died as a result of botulism poisoning traced by Federal Food and Drug Administration investigators and State Health Department. Five cans of soup out of 324 that they found were contaminated with botulinum toxin, all in the initial batch of vichyssoise that was recalled. The recall destroyed public confidence in the Bon Vivant name. Peter Pan peanut butter has never gained back their market share since their initial recall back in 2007 where they had to recall three years of production from store shelves due to a nationwide salmonella outbreak that sickened at least 625 people in 47 states, was missing from stores for 6 months and more than a decade later had to pay the largest criminal fine in a US food safety case of $11.2 million. On September 14, 2011, FDA issued a press release to announce that Jensen Farms issued a voluntary recall of Rocky Ford Cantaloupe because the cantaloupes have the potential to be contaminated with Listeria and may be linked to a multi-state outbreak of listeriosis which resulted in 33 deaths and a pregnant women’s miscarriage – the source was found to be improper equipment that washed the cantaloupes before shipping to retailers for sale.

There are solutions that could help to avoid and more rapidly discover where these outbreaks occur.

All our foods start in agriculture, where our food comes from. Our land, water, soil and environment are all under siege and the USDA says that climate change is going to create challenges. The location where we grow our foods, on dirt farms, is where many of the food safety recalls occur can change. At the same time, we are seeing more consumers opting for more of a plant-based diet. There is also a new breed of younger farmers entering the fields – the USDA’s latest Census of Agriculture reports that the number of farmers aged under 35 is increasing – that’s only the second time that’s happened since 1900; and 69% of them have college degrees – far higher than the 40% of the general population that has graduated from college. Younger, smarter farmers will bring us into a new era of agriculture and food safety.

Most of the lettuces sold in the US are shipped from California. The bagged lettuce you buy in a bodega or supermarket in Manhattan had to travel 3,000 miles, hopefully in a truck that was immaculate and under the proper temperature.

In Linkoping Sweden, a multi use building will open in 2020 with 16 stories of farms to offices at a 3:1 ratio, with a retail store and a wholesale operation and a controlled environment which would greatly reduce the risk of contamination. This farm also is much more energy efficient and saves 1,100 tons of CO2 emissions and 13 million gallons of water while producing 4 to 6 times the yield as one outdoor acre, and can be built in downtown Manhattan and deliver to that bodega or supermarket that is just a few miles away. Of course, these types of vertical farm buildings are expensive and take years to build.

In the meantime, blockchain technologies can be used to more efficiently track our foods across the supply chain. IBM is developing the IBM Food Trust food safety solution which consists of digital information including farm details, batch numbers, factory and processing data, expiration dates, storage temperatures and shipping detail which are digitally connected to food items and the information is entered into the blockchain along every step of the process. According to IBM’s Shanker Ramamurthy, General Manager Global Strategy & Market Development, in a blog post “the information captured in each transaction is agreed upon by all members of the business network; once there is a consensus, it becomes a permanent record that can’t be altered. Each piece of information provides critical data that could potentially reveal food safety issues with the product. The record created by the blockchain can also help retailers better manage the shelf-life of products in individual stores, and further strengthen safeguards related to food authenticity.” Which clearly would speed up the discovery process and likely result in less illnesses and deaths.

Blockchain is an initiative that must be fast tracked in order to reduce food borne illnesses and reinforce consumer trust in our food supply.