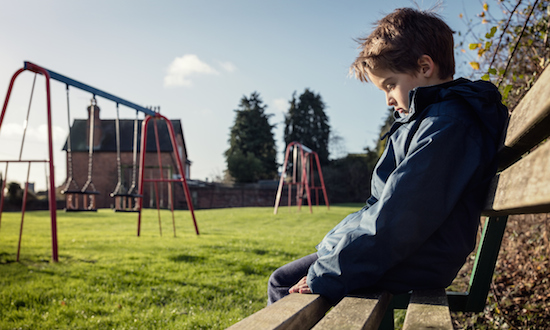 I have no food allergies, my children don’t have food allergies. It’s something we just don’t have to worry about in our household, and that I am truly grateful for. And I do know that because I have worked in reporting on food for over 16 years, and because of the experts I have worked with, I am more informed on the topic than your average person. However, I am still astounded by the amount of misunderstanding and intolerance when it comes to respecting other’s food allergies.

Take for example, on a recent flight I took from Nashville to San Francisco, an announcement was made by a flight attendant that there was a passenger on board with a severe peanut allergy, and they asked that all passengers refrain from eating anything with peanuts. I was happy to oblige. However, the passenger next me was infuriated by this, and loudly protested that just because someone had a food allergy shouldn’t mean all the passengers should have to follow the rule. He even asked if I was the one they were talking about. Yes, it was a five hour flight, but it shouldn’t be that difficult for anyone to go that long without peanuts.

Also, my son attends a public elementary school with children in his classroom that have food allergies. Often times, without any kinds of restrictions, kids are allowed to bring candy and treats into the school for holidays and birthdays, and the teachers themselves sometimes give out treats to the children. But never has a note come home with my son that there our children with allergies in the classroom, or any instructions on making sure the treats that come to school are free from dangerous ingredients specific to these children. This bothers me.

We are all aware that as food allergies have increased that it has sometimes become a bit annoying when ordering in restaurants, trying to plan food-centered parties and events, and there’s the segment of people that have food intolerances that make it sometimes difficult to take seriously this matter. But the facts are that 15 million Americans have food allergies, including 5.9 million children. That’s one in 13 children, roughly two in every classroom that could be in danger.

The Centers for Disease Control & Prevention reports that the prevalence of food allergy in children increased by 50% between 1997 and 2011, and one in every three minutes, someone visits an emergency room for a food allergy reaction.

Last week, the New York Times reported on food allergy bullying with children, with cases of kids intentionally smearing or throwing food at another student or intentionally contaminating their food, taunting or just simply making fun of the condition.

The story cited a study that showed 45.4% of the children and 36.3% of their parents surveyed indicating that the child had been bullied or harassed for any reason, and 31.5% of the children and 24.7% of the parents reported bullying specifically due to food allergies, frequently including threats with foods, primarily by classmates. More than half reported having being touched by an allergen or having something thrown at them.

In a social climate that is growing weary of political correctness, it is unfortunate that the issue of respecting food allergies has been met with resistance. This isn’t Facebook fodder, this is a life and death issue for some, particularly children.

No Appetite for Bullying is an anti-food allergy bullying initiative that raises awareness of food-allergy bullying with the goal of creating solutions and encouraging food allergy acceptance. And we applaud this campaign and would like to see this perspective introduced more and more in schools and offices as well as adults leading by example with their own children.

Retailers can help raise awareness in their own stores by offering motivational signage that supports knowledge on the subject. In addition, retailers can host education groups, make sure shoppers know you are helping spread this message as well as taking it seriously in our prepared food departments. How about an informative handout at checkout? Perhaps one that lists allergy-friendly options for school lunches and school treats. Approach this topic in your social media posts and on your website to broaden your reach.

I’d like to think that in our communities we can reach an understanding and sensitivity that protects anymore accidental deaths from happening, but also removes the stigma attached to this condition. After all, our younger generation will be looking at this as broader issue than we ourselves ever had to experience.