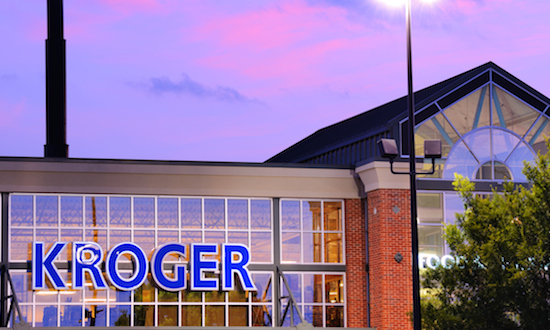 Kroger distanced itself further from conventional grocers when it unveiled its new Culinary Innovation Center in mid-February 2018. This 12,000-square-foot test kitchen and training center is a high-tech place where R&D chefs will cook up new paths to satisfy customers and deliver distinctive food experiences – including new restaurant concepts that go beyond even its stand-alone Kitchen 1883 prototype opened in Union, KY, this past November.

The new commercial kitchen in downtown Cincinnati, which took 11 months to complete, has multiple cooking stations and the ability to stream educational sessions to Kroger associates across the U.S.  “Our new Center is one more tool we have to keep our pulse on customer trends and expand our foodie culture,” said Daniel Hammer, Kroger’s vice president of culinary development and new business, in a prepared statement.

“We’ve been selling food since 1883. So why not get into the restaurant business too and satisfy customers who want to have that sit-down meal,” Teri Rose, Kroger’s senior director of culinary development, told WCPO-TV.  Kroger is currently testing pizza, barbecue and fried chicken concepts too, the station reported.

The Kroger R&D lab approaches twice the size of the 7,000-square-foot Flavor Lab in Walt Disney World, which acts as “the culinary hub for every single Disney park and resort in the world,” according to Reader’s Digest.  Videos produced at this Disney lab “teach new recipes and techniques” to Disney chefs globally.  Here, “most dishes go through at least 12 to 20 revisions each before they are perfected,” a process that could take “anywhere from a month to three years, if not more,” the RD account stated.

Meanwhile, new self-serve ordering kiosks have substantially cut wait times at Costco food courts in Tustin and Pacoima, CA, reported the Orange County Register.  The technology test, underway since late-January, has shoppers tap on touchscreen icons, pay with a debit or credit card, get a receipt, and slide over to one of three pickup windows.  Staffers can focus on executing orders rather than handling money.