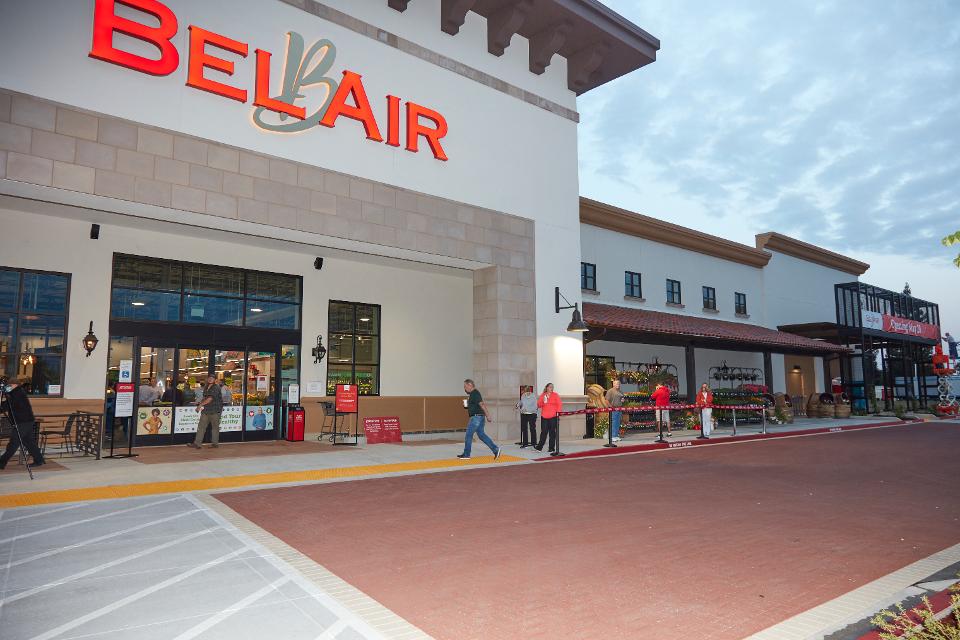 Teel defined the company’s vision and purpose: to infuse life with health and happiness by changing the way we eat, one plate at a time.

Mike Teel is the third-generation owner of Raley’s 120+ supermarkets in Northern California and Nevada. He defined the company’s vision and purpose: to infuse life with health and happiness by changing the way we eat, one plate at a time. Just over five years ago he looked outside the grocery industry to find the chain’s next leader to grow the chain, enhance the shopping experience, and build the Raley’s brand: Keith Knopf, a 25-year veteran retailer with leadership roles at Kohl’s KSS, Victoria Secret and Macy’s, who is now Raley’s president & CEO.

Raley’s strategy, which has been developed and being led by Knopf, is “to transform our stores and our assortment over the next 3-7 years at a rate that just outpaces the marketplace and customer demand—and bring people along and be part of their journey, but not be elitist and tell people what to do.”

Since Knopf joined Raley’s they have been making bold moves to reflect this vision. They eliminated private label sugar-laden sodas, removed tobacco products, sourced 100% sustainable fresh seafood, implemented Better-For-You check stands, promoted awareness of added sugar to decrease consumption of those products, and launched Raley’s Shelf Guide. Not all stores will move at the same rate he told me, but all stores will in time. And it just so happened that three new store openings in California were scheduled pre-pandemic. Two of the stores, the Bel Air banner in Rancho Murieta and the Raley’s in Land Park, opened on May 20 and April 15, respectively—during the turmoil of Covid-19. A new format Raley’s O-N-E Market (more on that store later) is set to open June 27.

Every store opening adds a lot of pressure to a supermarket chain, but during these times the pressure was even more intense—certainly because of the CDC and state and local restrictions. But for Knopf there was even a more intense pressure: There wasn’t a full-line grocery store in Rancho Murieta. Raley’s prides itself on serving and helping to build its communities and has done so since 1935.

The restrictions were new to supermarkets and Raley’s, according to Knopf. Social distancing and queuing people outside, metering how many people could enter, shields, masks, sanitation standards wiping down surfaces every 30 minutes or less, team members in the store making sure standards were followed, cart washing, temp check team members, social distance at all intersection points including point of sale with decals on the floor, foodservice had operations shut down (self-serve); their Café on the mezzanine was closed and is still limited.

The Raley’s in Land Park was even under more pressure because the newly built store was right next to their old location, one of the company’s highest volume stores. Right about the time Covid-19 was spreading, that store was nearly finished and starting to be stocked.

So, Raley’s was operating the old store (which is now closed) and the new one concurrently and some of the challenges were to incorporate the sanitization and safety measures in both the old and new stores. Typically supermarkets would open a new store and shut the old store. But because of the pandemic, Kopf says, they didn’t want to put needed inventory behind a closed door. Raley’s, a purpose-driven, community-centric organization, approached the situation from the needs of the community.

They had inventory, Kopf told me, and people had needs. “So we made a unique decision to keep both stores open and deep discount the old store for 7 days to sell the inventory instead of pulling it off shelves and redirecting it. We did that because we wanted the inventory to be available to people.”

It might have been more profitable not to do it this way, Knopf points out, but they wanted to meet the community’s needs and Raley’s “could serve them and in the long run, that would be smart and generous for us to do.”

Knopf says their shoppers were happy to pantry load at a discounted price from the old store while still experiencing the new store. When the inventory was gone, they closed the old store.

Even though the new and old stores are approximately the same size, they were hiring new team members (about 30) and had to train them and transition the existing staff to a new store and new equipment.

And then there was the grand openings, usually a big deal for both the store and the brands they carry. Knopf said they had to think this differently—without the fanfare—but once things get back to normal he expects to have terrific grand reopening events. He said their suppliers understood, but for him, under these circumstances, he thought it more important to get the stores open, get people to work, than it was to postpone the store openings and have a big celebration so they could have a moment in the sun.

On the online side, Raley’s e-commerce amplified 3-4X before Covid-19 and that has exploded. According to Knopf, they hired 2,000 people in 10 days to support the demand. Ninety percent is on Raley’s proprietary platform and 10% on Instacart. He expects eventually for e-commerce to be 6%-10% of the business, or about 2-3 times of where it was pre-COVID.

Raley’s O-N-E (which stands for Organic, Nutrition & Education) Market, which opens in just a couple of weeks in Truckee, California, is an entirely new format that builds on their Market 5-O-N-E 5 concept.

The first notable change is that the traditional Raley’s logo, which has always appeared in the color red, will be green. Their mission with this store, Knopf says, is to “infuse life with health and happiness by changing the way the world eats one plate at a time.” This store doesn’t carry the conventional products that you would find in a Raley’s (red) or any other supermarket; they have curated the assortment to the highest standards across the store with a heavy focus on clean, free-from, organic and natural products. There is also a “full dietitian experience” offered inside the store to help people understand how to live more fulfilled and healthy lives.

Keith Knopf says that this is another major step to the ongoing journey to transform Raley’s and the supermarket industry. He hopes to transform all of their stores over the next 3-7 years to the Raley’s O-N-E Market concept.

When I asked him what has he learned from these Covid-19 openings that could help navigate future disasters, he said, “We validated that our organization is resilient and agile. Despite ambiguity and uncertainty, we can move forward. People need to see that resiliency and hope and stability. It gives us confidence that our purpose driven mission and vision and our confidence in our team members and customers is well placed. We, as a company, and as an economy, we will get through it. And I think that’s what we reaffirmed over these last 100 days.

“The other thing we learned is to act quickly and be deliberate. And always prioritize the team member and the customer safety experience ahead of profit or any other objectives. That has to be the most important thing and everything else can fall into place and that’s what we learned. The results have validated that. Our unit and dollar share growth has outpaced the rest of the market. That’s driven by confidence that our customers have in us.”