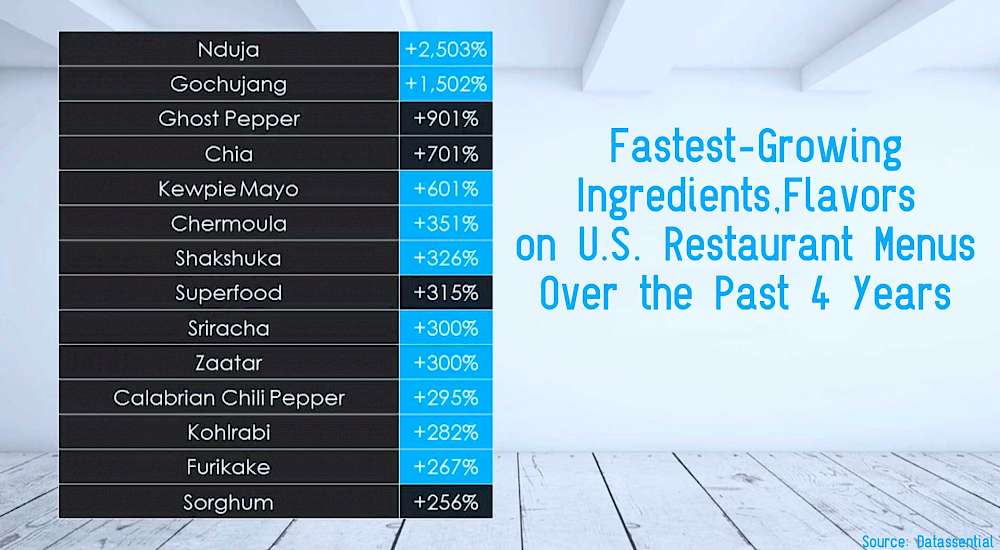 From the February, 2018 issue of The Great Grocerant.

While two-thirds of supermarket shoppers say they visit the produce department on every trip, only about half as many (36%) say that about grocerants and the deli/prepared foods areas.

“Retailers think of shoppers as a captive audience because they’re in aisles. That’s a fallacy. You have to captivate them with experiential retailing. Shopping is about the journey – not just the product you buy at the end,” said Jack Li, Managing Director, Datassential, as he detailed custom research on the January 16 Nestle Professional webinar, Attracting Shoppers and Growing Flavor Trends: A Look Into 2018 for Foodservice at Retail.

In a practical sense, this means visual draws such as menu boards, combo meals, limited time offers, product signage and tempting displays – as well as enticing smells from cooked foods, and smart inclusion of ethnic ingredients and flavors to drive craveability. “Place these in familiar applications such as burgers or mac ‘n cheese to add excitement and make them seem less risky to try,” he suggested.

“Decide where your brand wants to play. Do you want to educate customers or be very familiar? The earlier stages (inception and adoption) generate excitement, the later stages (proliferation and ubiquity) generate volume,” Mr. Li said.

Menu descriptions are key to the success of safe experimentation to excite a large audience. “Place experimental words within the body, not the title of the dish,” he urged. A Datassential consumer study shows the same dish called ‘salsa verde poutine’ or ‘Mexican loaded fries’ produced vastly different purchase intent – just 6% for the ethnic name and 68% for the more familiar name.  Consumers saw the dish as pretty equally unique under either name – 90% vs. 96%.