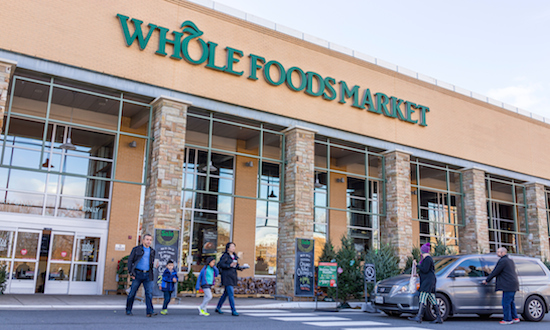 Whole Foods’ “foragers” would scour their areas looking for and signing up brands that most times did not have the wherewithal to pay for promotional allowances or slotting fees. Whole Foods took these brands under their wing and waived the costs. That’s changing.

Some Whole Foods suppliers are pointing the finger at Amazon for changes that are threatening their products on the chain’s shelves. But let’s remember that Whole Foods' operations and profits were broken long before Amazon came into the picture.

Few doubt that Amazon’s food strategies at Whole Foods will be successful; in fact, most food retailers are scrambling to compete with Amazon Whole Foods. From a consumer standpoint, the chain is on target as it rolls out its Amazon Prime delivery, Amazon lockers and new offerings like fresh meal kits. The challenge that faces Amazon is how to run the business side of Whole Foods.

Whole Foods has always worked closely with small and local food brands to nurture them and make them successful – to the brands’ benefit and often to Whole Foods’ disadvantage. Whole Foods’ “foragers” were buyers who would scour their areas looking for and signing up unique brands that most times did not have the wherewithal to pay for promotional allowances or slotting fees. Whole Foods took these brands under their wing and waived the costs, unlike most other large chains.

Amazon was able to purchase Whole Foods because it was “broken” — let’s not forget that — and now Amazon is building best practices to solve those problems, and its suppliers are complaining.

Two significant communications were sent in the past weeks from Whole Foods to the brand community. The first was that it would not be attending Expo West, the largest “natural products” trade show in the country. In the past, this was the home turf for Whole Foods buyers, and Whole Foods brought more associates than any other food chain to taste, buy, mingle and build relationships.

Confounded by their [Whole Foods] lack of attendance, we spoke to a wide array of vendors only to learn that WFM sent a letter out to the CPG community several wks. ago stating that it would not be present as the company has chosen to freeze all merchandising plans for the next several quarters (no changes to planograms) as it seeks to rework/refine its new centralized buying program.

We believe such a decision poses a great risk to the grocer's reputation as a retailer that partners w/ and grows small, innovative brands, and in turn, this could negatively affect how shoppers view WFM as a narrow brand assortment might detract from the overall experience.

The other communication from Whole Foods was to announce a meeting on March 19 with many of its most important brands where the chain will discuss their relationship and presumably address concerns of the vendors. There have been glitches in Whole Foods' Order-to-Shelf inventory management system, which was initiated before Amazon took over and has resulted in out-of-stocks (a retailer’s worst nightmare). In addition, there is the shift from local to national buying, which was also in place before Amazon, and a new merchandising fee that would be paid to the chain to ensure the brands' products would receive proper attention, with rotating stock and better display in the store and on the shelf.

Typically, this is a service executed by food brokers; some are small, and some, like Acosta, are national, with 100-plus offices and over 30,000 employees. (Disclosure: My dad was a food broker when I was growing up, and I did that type of work in many stores for the brands he sold in the New York/New Jersey area.) The groups most likely to be hurt by this merchandising fee move are the brokers. Brands have a choice to pay both the broker's fee and the Whole Foods fee (thereby increasing their costs dramatically), or reduce the broker's commission and pay the Whole Foods fee, or eliminate the broker entirely on sales to Whole Foods and work directly with the chain.

Amazon is a data monger for sure, and what this move allows it to do, aside from helping the brands' merchandising efforts and conceivably adding to their bottom line, is protect the sales and merchandising data in its stores and keep it out of the hands of others, which is critical as retailers including Walmart, Aldi and Kroger go after Whole Foods’ customers.

Aldi has mailed out a $5 coupon promoting its fresh and healthy foods, and Walmart has opened Shannon Allen’s Grown – the first all-organic fast-food restaurant in its Orlando store.

So what will happen to these smaller brands that have relied on Whole Foods for their existence and may not be able to afford the new merchandising fee or other changes that Amazon may bring? Obviously, they are scrambling to build their business with other retailers. Some are exploring direct-to-consumer platforms or e-commerce through Alibaba or Jet.com.

The unique opportunity, however, may be in the most intriguing food delivery startups. Good Eggs and Thrive in San Francisco and Milk & Eggs in Los Angeles are just a few of the startups that offer a very different service than that of, say, Instacart or Shipt – they curate their offerings. They are not looking to offer tens of thousands of products but rather to carefully select brands to build a relationship with and grow together. Oftentimes these brands are not found in stores or other deliver services and on their ordering platforms tell the story about the company, the brand and the people behind it — much like Whole Foods did so long ago.