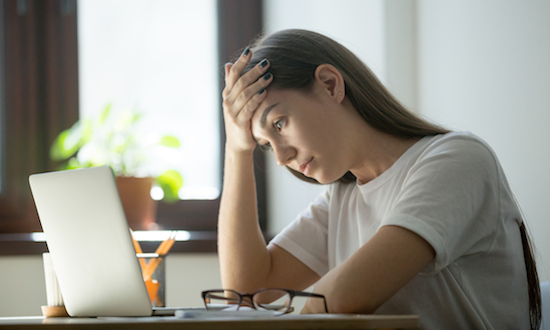 A new report says this generation is headed for poorer health than their parents.

While there has been a fair amount of judgement cast on the Millennial generation for being an entitled bunch, spoiled by their parents, a new study from the UK is suggesting now that this generation may be facing poorer health conditions than their parents in their future middle aged life. In fact, the report says Millennials will be the first generation to be sicker than their parents.

So what’s the problem? Apparently job insecurity, stressful relationships and housing issues are causing great distress to this age group - stress that can lead to illnesses like heart disease, cancer, and diabetes.

If you read anything about the “gig” economy, you know that freelance work, short contracts and undefined work hours are very a much a part of this age groups work culture. Lower wages and inability to buy a home are also associated with this group.

And the report goes on to investigate chronic loneliness in this age group and depression and anxiety over social media relationships. Eighty percent said they felt pressure from social media to live in a way that wins approval from others.

The study can be found here.

What can supermarkets do to support this age group? For starters if this age group is suffering from widespread mental illnesses like depression and anxiety, there are foods that have been proven to reduce these symptoms. Here’s one article we ran last week about tomatoes, specifically.  And there are many foods such as walnuts, avocados sardines, dark leafy greens, apples, salmon, and more that are rich with nutrients and properties that have been studied and shown to support brain health.

Supermarkets, along with their store dietitians, can offer assistance by educating shoppers about these foods and also offering suggestions for dishes and implementing these foods into the diet daily.

In addition, if it’s true that Millennials are struggling with loneliness and stressful online relationships, why not host a mixer in your store’s grocerant for this age group? Maybe a wine tasting or craft beer sampling, or a cooking demo, or "how to" on photographing food for Instagram…get creative! This generation loves food! Acting as a liaison for the young adults in your community shows your support and interest in knowing more about them.