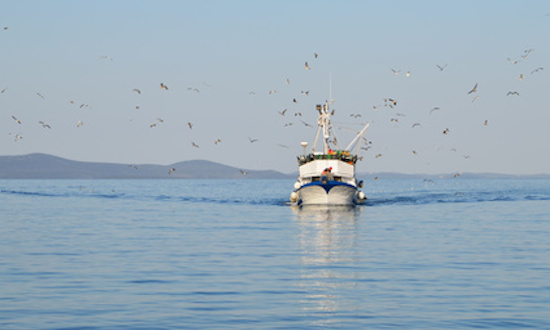 It’s no secret that eating seafood is good for us, but will there be enough to go around after El Nino?

A new study published in the Proceedings of the National Academy of Sciences found that due to a decline in micro algae in our waters around the globe, there is a shortage of food available for young fish, which is causing them to die within days. This finding comes from a review of a global database of 262 commercial fish stocks in dozens of large marine ecosystems around the globe.

Where is this problem the worst? The North Atlantic, which supplies flounder, sole and cod. Not only is the availability of micro algae a problem, but also these larger fish – who are able to reproduce the largest quantity of eggs are being over fished and killed before they are able to lay their eggs to reproduce.

Back to El Nino.

Rebecca Asch, a researcher at Princeton University published her findings also in the Proceedings of the National Academy of Sciences. Asch studied data from 1951 to 2008 on 43 species of fish off the Southern California coast and discovered that many have actually changed the season when they spawn, which makes the availability of micro algae less available as well the result of the change in ocean temperatures.

The National Oceanic and Atmospheric Administration will tell us just how bad the situation is in their Fish Stock Climate Vulnerability Assessment report due to be published over the next few weeks in early 2016. Preliminary reports from the lead researcher indicated that of the 82 species studied in the Northeast, about half are experiencing a negative impact associated with climate change, and about one-fifth actually have a positive impact – like the Atlantic croacker,  which has a firm-flakey mild tasting white meat.

Supermarket buyers have been loading their shelves for years with imitation proteins that often were placed there as a lower cost alternative. Surimi instead of crab, soy instead of deli meats and even tofu to replace turkey. But a new day has come, and while many of these imitation proteins have faded away into obscurity consumers today are different. They understand the importance of protein, and the more healthful and sustainable aspects of plant proteins and then there is the rising cost of animal protein that for many people causes sticker shock.

New Wave Foods is developing a plant based shrimp, the most popular and consumed seafood here in the U.S., that they aim to have the same taste, texture and nutritional value. A key ingredient in the faux shrimp, algae, is the food that shrimp actually consume which gives them their color and flavor. While others have tried to imitate shrimp before, those products lacked the nutritionals that give shrimp its low fat and high protein benefits.

This idea might have another advantage this time around as the concern about over-fishing and climate change continues to grow. In Maine, for example, their shrimp fishing industry hasn’t been able to catch shrimp due to low population since 2013.

With the repeal of Country of Origin Labeling, many consumers will have added concern about buying their shrimp from areas unidentified. With COOL they were able to discover the source and if certain geographies were unsustainable, or had less than ideal sanitary condition, they could avoid buying them.

We might just see a plant based shrimp take over the market after all.