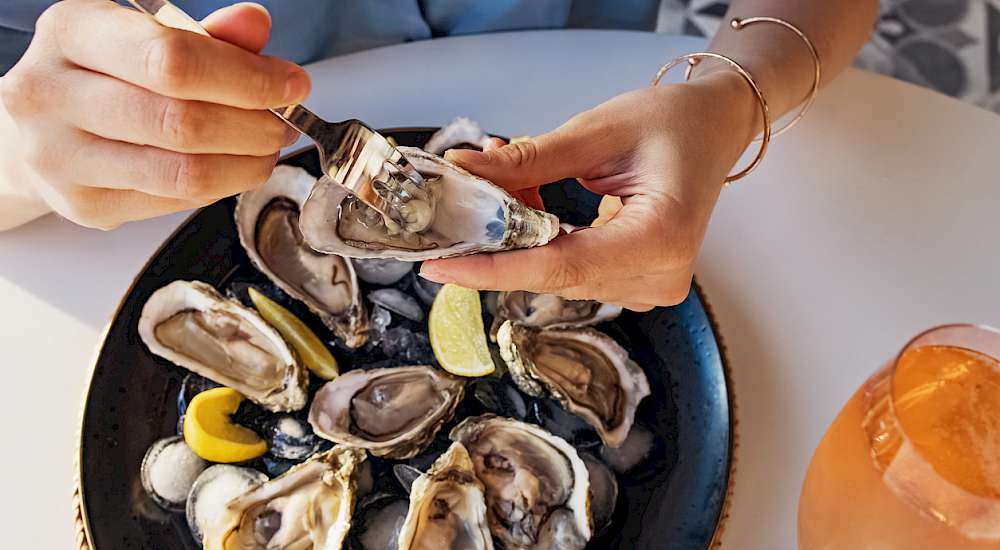 Valentine's Day is just days away, and we have all heard of aphrodisiac foods so what are they and where did the notion come from? The word aphrodisiac actually comes from the name Aphrodite, the Greek goddess of love and beauty, and although medical science has never substantiated claims that certain foods actually kindle desire – an, Italian study suggests that the aphrodisiac potential of chocolate is purely psychological – belief in the power of aphrodisiac foods dates back to ancient times.

Thousands of years ago, Egyptian priests were forbidden to eat onions in case the temptation for sex became too great. So what's the truth? Food is an aphrodisiac, but not necessarily for the reasons you might think. Some foods do actually increase blood flow and combined with the look, mouth feel and aroma of certain, have been used as aphrodisiacs throughout time.

So what foods are the ones to make this Valentine's extra special?

Bananas: An Islamic myth tells the tale that after Adam and Eve succumbed to the apple they started covering with banana leaves rather than fig. And while the banana shape is partially responsible for the popularity of the banana as an aphrodisiac food, bananas are rich in potassium and B vitamins, both necessary for sex-hormone production.

Chocolate: The connection between Valentine's Day and chocolate is more than just a marketing gimmick. Chocolate is a flavorful source of quick energy and has been known to elevate people's moods. Why? Chocolate contains two related alkaloid stimulants – theobromine and caffeine. It is also rich in phenylethylamine, a compound that has effects similar to amphetamine. Chocolate contains more antioxidants than red wine. The secret for passion is to combine the two. Try a glass of Cabernet with a bit of dark chocolate for a sensuous treat.

Garlic: Used for centuries in ancient Europe as an aphrodisiac remedy, garlic stimulates the secretion of gastric juices, aids in digestion and increases blood flow. It is said that the “heat” in garlic stirs sexual desires.

Ginger: Before modern medicine, ginger was used to help relieve menstrual cramping. Ginger root is still used today to soothe the stomach. It also acts as a stimulant. As an aphrodisiac, ginger is thought to aid in relaxation.

Oysters: The classic aphrodisiac, oysters get a lot of attention for their mouth feel, especially when swallowed raw (and whole). Very high in protein, oysters are also rich in zinc and iron – nutrients that help in the transport of oxygen and stimulate metabolism.

Vanilla: Aromatic and seductive, the smell and flavor of vanilla is believed to increase feelings of lust. Some studies have shown that vanilla can raise levels of catecholamines, or adrenaline, in the blood.

So here you have it, the list of aphrodisiac foods to make your Valentine's Day extra special. Enjoy!