Bring Back These Grains for Healthier Humans and a Healthier Planet 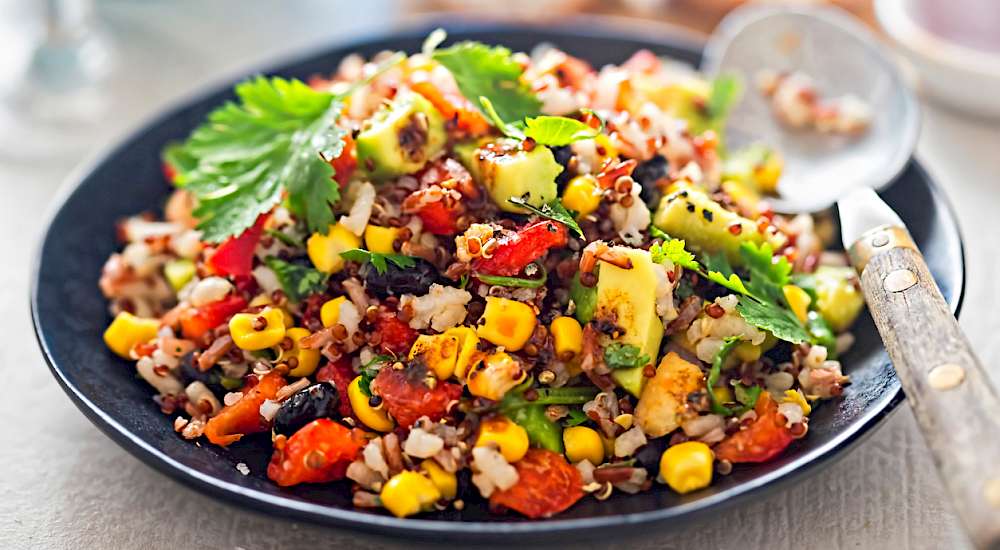 We are back at it this week with a feature on “future” foods that have a lower environmental impact than meat, contribute to a more sustainable planet, and help reduce the the health costs of obesity and disease related to diet and highlight under-consumed foods. This week we would like to highlight cereals and grains!

In the report, a partnership between the World Wild Fund and Knorr brand foods in the UK, cereals and grains area considered “the most important source of food for human consumption.” This is not only because they have been a major component of human diets for thousands of years, but also because consumption of a diversified source of carbohydrates can lead to more nutritional value and improved soil health. For that reason, some of these atypical grains should be brought back into the food system. Here’s your 101 on some of these valuable cereals and grains.

Amaranth dates back hundreds of years (similar to quinoa) to the Aztecs in Mexico. It contains a high quality protein and is high in fiber. Amaranth has a nutty flavor and can be combined with other alternative flours in breads, pasta, pancakes and other recipes. It boasts a superb nutritional profile and is a great source of calcium, iron, manganese and folate.

Buckwheat is another fabulous ancient seed, and is not in fact related to wheat at all! It has a mild flavor, but roasted or toasted, the flavor intensifies. Buckwheat can be cooked like rice for salads and side dishes or like oatmeal for breakfast. Buckwheat contains various flavonoids that provide powerful antioxidant protection against free radicals in the body. It is also a great source of fiber, manganese, magnesium, zinc and iron.

Millet is also considered an ancient grain, possibly the first cereal grain to be used for domestic purposes. Across the globe millet is still used today in various ways, in India flat thin cakes called roti are often made from millet flour, the Hunzas who live in the Himalayans use millet as a cereal, in soups and for making the whole grain bread chapatti, in Eastern Europe it is used in porridge and kasha. Millet is highly nutritious and in fact, it is considered to be one of the least allergenic and easily digestible grains available. It is nearly 15 percent protein, contains high amounts of fiber, B vitamins and vitamin E; and is particularly high in the minerals iron, magnesium, phosphorous, and potassium.

Quinoa an “ancient grain” (it’s actually a seed) was originally cultivated thousands of years ago in the South American Andes and known as “the gold of the Incas” and the “mother of all grains.” Quinoa is a very good source of both magnesium and iron. Magnesium is important for muscle relaxation, building and strengthening bones as well as benefiting the circulatory system. Iron plays the essential role of helping to carry oxygen to the heart, lungs and brain as well as throughout the body. Iron plays a large part in keeping our immune system healthy and helps us stay alert and energized. Along with magnesium and iron, quinoa boasts a whole host of other nutrients and bioactive compounds as well as fiber, and it's gluten free. Quinoa can be used in place of couscous, rice or other grains in recipes - preparing quinoa is exactly like preparing rice except it only takes about fifteen minutes!

Teff is an ancient North African cereal grass and is a nutritional knockout. It is said to be the smallest grain in the world - about 100 grains are the size of one kernel of wheat. Teff makes a unique and allergy friendly hot breakfast cereal similar in consistency and texture to wheat farina. Teff contains high levels of calcium, phosphorous, iron, and thiamin and is also a great source of protein. Teff has a mild, nutty, and a slight molasses-like sweetness. Cooking teff is similar to rice except takes half the time! It can also be used in baking cakes, breads, and muffins in place of small grains or seeds. For a meal, blend teff into soups and stews. It serves as a nutritious thickening agent, making it great for heavier, cool weather meals.

Many of the grains mentioned above are actually whole grains, which contain all of the essential parts and naturally occurring nutrients of the entire grain seed. They provide fiber, vitamin E, and minerals such as iron, zinc and magnesium. The outer skin of the seed contains B vitamins, antioxidants and fiber-rich bran; the germ holds the protein, minerals and healthy fats; and the endosperm (the main part of the grain between the bran and the germ) contains protein, carbohydrates and smaller quantities of vitamins and minerals. The bran and germ contain 25 percent of the protein in whole grains and the majority of the nutrients. When highly processed, these valuable nutrients and proteins are lost - not to mention healthful fiber.