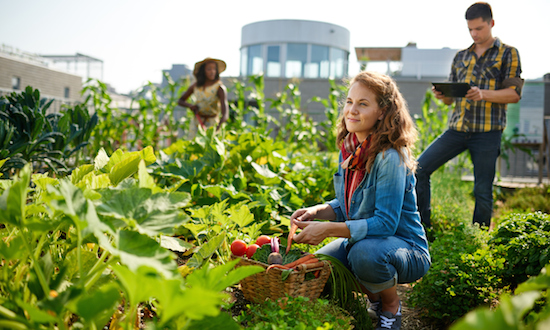 From the February, 2018 issue of The Great Grocerant

Recent initiatives have moved grocers closer to it today. Still, he contemporized his call for change with his release of 10 food trends that will shape 2018: “Rethink the four-walled structure, much the way Apple has done for its new headquarters…. wake up each morning thinking about how we can make the shopping experience better.”

He cited promising developments, such as:

Mr. Lempert gave an experiential nod to Coles in Australia, which launched a “quiet hour” once a week where there are no PA announcements, no music, no stocking shelves, no commotion, to offer the parents of the one-in-six children who have a developmental disability a haven to shop.

His reimagined supermarkets include new strides in sustainability, energy-efficiency, shopping convenience – and ultimately the relationship between retailers and their customers. For example:

“Online grocery is at the top of everyone’s list, and there is no doubt that it will continue to grow and evolve. Click-and-collect will become the dominant online channel for all the reasons described here,” he said, citing demand: “Today, approximately 25% of all grocers offer this service. KMPG reports that almost 75% of shoppers would use this service to avoid delivery costs. And the International Council of Shopping Centers found that 61% who do use click-and-collect also come in the store and make additional purchases. Shoppers do want to have a relationship with their supermarket. They don’t want the experience to be faceless.”

Mr. Lempert expects online delivery “will become more fractured, and more local. As we see these companies popping up on the landscape, companies like Milk & Eggs, GoodEggs and Thrive Market are creating a new model that serves just a local area with a specialty. They have developed unique, and sometimes proprietary, relationships with farmers and purveyors to offer curated offerings. They are not trying to offer the 40,000 products that are on the supermarket shelves; in fact, many of the products they offer aren’t on the supermarket shelves at all.”  Noting the recent launch of Boxed Spirits in California — the first bulk-sized alcohol e-commerce play that is directed to steal business from Costco and Sam's in this category – he predicted “the larger national and regional delivery players will have to shift to the auto-replenishment model.”

One of the biggest threats to traditional grocers is being created by blockchain technology. INS Ecosystem, which wants to reinvent the way people shop for food, has raised over $60 million, and Unilever and scores of other manufacturers are signed up as partners, Mr. Lempert said, explaining “the goal is to out-Amazon Amazon with even greater efficiencies and to have brands selling directly to consumers, eliminating the need for retailers entirely.

“As much as tech might want to disrupt the way people shop and make everything more efficient, let's remember that this business is all about people and our relationship to shoppers,” he stated. “It's time to imagine just what a supermarket can be.”