The Battle Begins As Agriculture Evolves: Milk From A Cow vs. Milk From Plants 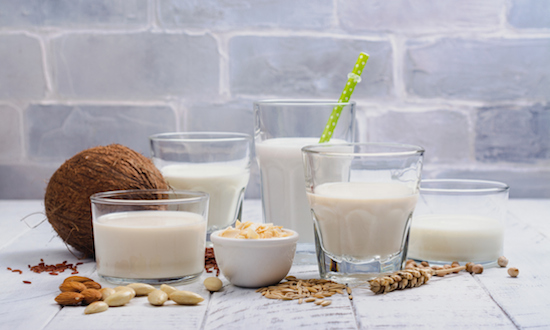 The Trump administration’s 2,200-page omnibus spending bill contains yet another test of our standards of identity, this time on dairy products.

Modernizing certain standards of identity [SOI] to address current barriers to the development of healthier products while making sure consumers have accurate information about the foods they eat. Among other steps, FDA intends to issue a request for information to identify and help prioritize which potential standards of identity should be modernized based on their public health value.

The modernization is important because the FDA’s Labeling Policy Book was last published in August 2005 and while there have been updates, agricultural processes today have created new foods and beverages, many of which have become so popular with consumers that there is confusion, in particular over the use of the words “mayonnaise” and “milk.”

The FDA’s Code of Federal Regulations Title 21 includes hundreds of foods and beverages that fall under specific regulations on how they are made and labeled — everything from yogurt (regular, low-fat and nonfat) to canned fruits and vegetables (by variety) to canned tuna to eggs (frozen, dried, liquid and more) to meats and cheeses (by variety) to pizza and even bottled water — covering most of what is sold in the supermarket.

There have been two high-profile cases that have challenged these SOI descriptions that point directly to how consumer-eating habits are changing along with the evolution of plant-based foods.

According to Josh Tetrick, CEO of Just Inc., formerly called Hampton Creek, there are over 357,000 varieties of plant species, many of which may be suitable for use in foods. Consumers are scurrying to plant-based foods as they look toward healthier options that have a lower impact on global sustainability. According to GlobaData, a research firm, 6% of U.S. consumers identify themselves as vegans, and a GrubHub report said that in 2017 its customers chose vegan foods almost 20% more than they did in 2016.

According to Nielsen, the plant-based foods sector grew more than 8% in 2017 (compared with just 1% growth across all the aisles in the supermarket), and plant-based milk grew by 3% (Mintel forecasts that cows milk sales will decrease by 11% from 2015 to 2020). There are over 300 hotels and resorts in 60 countries around the globe that call themselves “veggie hotels”  based on ethical principles and sustainability standards for foods, buildings and business practices.

Is there any reason to wonder why "big food," including companies like Campbell’s, Tyson, General Mills, Nestle, Unilever and Danone, have all bought or invested in plant-based food companies?

The Plant Based Foods Association (yes, there is one) was founded in 2016 and has well over a hundred members, ranging from startups to Campbell’s and Nestle. Both of those giants have resigned, along with about a dozen others, from the Grocery Manufacturers Association, once the largest and most powerful lobbying group, which fought fiercely against mandatory labeling of GMOs.

The top 20 U.S. food and beverage companies lost roughly $18 billion in market share between 2011 and 2017, according to analysis by Credit Suisse.

Tetrick told me when I visited with him at Just Inc.’s headquarters in San Francisco earlier this week that in 2014 he received a notice from Unilever (maker of Hellmann’s and Best Foods mayonnaises) that it was going to sue over the labeling of Hampton Creek’s Just Mayo. Unilever alleged that the product did not meet the standard of identity of mayonnaise, which included having eggs as an ingredient; Just Mayo includes pea protein as an ingredient. It was a highly publicized battle, and Unilever finally dropped its lawsuit. The FDA met with Tetrick, after initially sending him a warning letter to remove the word from his label and add the words “spread and dressing” to the label, as well as increasing the size of “egg-free.”

The following is the statement from the FDA:

The FDA issued a warning letter to Hampton Creek Foods Inc. on August 12, 2015, to notify the company that its Just Mayo and Just Mayo Sriracha products violated FDA labeling regulations. The FDA and the company met to discuss the issues cited in the warning letter and worked together to address them. The company committed to making labeling changes to ensure its products are labeled in a manner that is truthful and not misleading. Therefore, the FDA considers the issues cited in the warning letter to be resolved and will issue a close-out letter soon.

Just Mayo has gone through a hip redesign and increased its market share, shelf space and number of retail outlets; the company now boasts six flavors of Just Mayo (along with other plant-based food products). Unilever has introduced a Hellman’s egg-free spread since dropping the lawsuit.

The Trump administration’s 2,200-page omnibus spending bill, which the president signed into law on Friday in order to avoid a government shutdown, contains yet another test of our standards of identity, this time on dairy products. That includes directing the FDA to develop labeling standards for dairy products.

This fight is between the Plant Based Foods Association and the National Milk Producers Federation, which have focused on whether non-cow-milk beverages (made from soy, almond, pea protein, coconut and other sources) can legally contain the world “milk” on their labels.

A2 Milk, a cow's milk, is fighting back in its own way. It just launched a new national TV ad campaign last week to promote a “real” milk that doesn't not contain the A1 protein, a distinction that may help people who have digestive problems or are lactose intolerant.

The milk producers say the existing legislation for the standard of identity is not being enforced on these other milks, and NMPF president and CEO Jim Mulhern said in a press release: “It's high time that we end the blatant disregard for federal labeling standards by marketers of nutritionally inferior dairy products. The language in the congressional budget will help. The language in the congressional budget bill will help ensure action on the matter by FDA after years and years of inaction.”

Michele Simon, executive director of the Plant Based Foods Association, told Food Navigator that the dairy group was "engaging in deceptive media tactics" and that the bill's language has "zero legal significance."

The stakes in this fight are much higher, at least in terms of sales. Perhaps a new category for Tetrick and other disruptors to consider entering?