Will Milk Continue to Win Top Source of Fuel for Team USA? 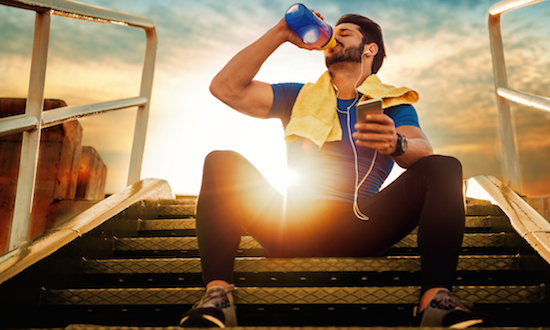 The winter olympics are upon us, taking place from February 9 to 25 in South Korea! It’s always an exciting time for sports enthusiasts and patriotic hearts. And with all the cheering on for the star athletes, there’s always a lot of coverage of what they eat and drink including what food and beverage companies sponsor them. One that stands out particularly is the “Milk Life” campaign, as milk has always been praised for offering up optimal sports recovery benefits to athletes.

With over a half a million followers on Facebook, and a strong social media presence on Instagram and Twitter and a long list of YouTube videos, the milk campaign has historically recruited Olympians for their cause. And rightfully so, because studies have shown dairy can be an effective protein the body can use for muscle repair. But will athletes continue to use dairy for this purpose as more and more people move towards plant-based diets?

Last month, Olympic silver medalist in women’s cycling, Dotsie Bausch, launched her ten day #plantmilkchallenge in attempt to show that dairy isn’t necessarily what fuels winning athletes. With a deep passion for animals, Bausch started a non-profit, Compassion Champs, to help eliminate animal suffering and improve nutrition through educating people on the benefits of plant-based diets. Her following is still small, but worth paying attention to as milk sales decline and plant-based milks grow.

Last month, Fortune reported that dairy farmers are experiencing a surplus in organic milk, which had previously been in high demand. Between 2010 and 2016, Euromonitor found that total volume of milk sold in United States retail declined by 13%. Responding to more health conscious consumers in higher production, now the organic dairy industry is looking to turn their milk into cheese and other products.

Plant-based milks however have experienced 3% in growth, and retailers are giving these product more shelf space. And a report last year, Dairy and Dairy Alternative Beverage Trends in the U.S., conducted by Packaged Facts, predicts that plant-based milks will make up 40% of the milk industry by 2020 (up from 25% in 2016). There’s a growing list of celebrity athletes like Venus Williams and Heather Mills going vegan.

But it’s not all bad news for cow's milk. In fact, last week at the Winter Fancy Food Show, we spoke with Bob Carroll from the California Milk Advisory Board, which has been conducting consumer research over the last couple of years and has found that shoppers are returning to real food from real people. Whole milk is growing, shoppers are opting for butter instead of margarine, and they are seeing some “bright spots” in chocolate milk sales, which has been shown in some newer studies to be an even stronger source for athletic muscle repair and fuel for competing. Click here for Carroll’s interview live from the Fancy Food Show floor.

Want to know more about plant-based milks? Click here for our 101.