Battle Over The Name “Milk” Gets Even Stranger 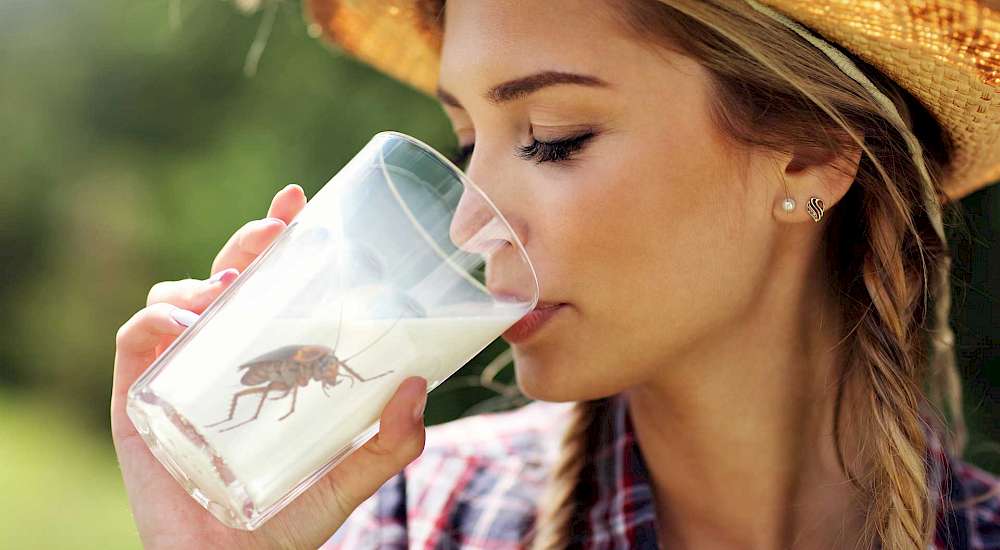 We’ve been witness to the battle over dairy based milks and plant based milks, but now there is a new player – which might just be the newest superfood.

Cockroach milk. Health.com reports that the buzz all started in 2016, when an international team of researchers conducted a nutritional analysis of the milk-like substance that female Pacific beetle cockroaches produce and feed to their offspring. According to NPR, the scientists discovered that cockroach milk (which is not technically a milk, but a yellowish fluid that solidifies into crystals in the offspring's stomachs) is one of the most nutritious substances on the planet.

The study, published in the Journal of the International Union of Crystallography, found that cockroach milk contains three times more calories than the equivalent mass of buffalo milk, which currently holds the prize for the most calorie-rich milk from a mammal. Cockroach milk also contains protein and amino acids, which could potentially be valuable to human health.

At the time of their study’s publication, the authors said there still was no evidence that cockroach milk was safe for people to eat. They also pointed out that cockroaches only make a tiny amount of this fluid and that producing enough to sell it commercially would be a challenge and the research team said that the most feasible path forward would be through genetic engineering—putting genes from the cockroaches into yeast cultures that might then be able to produce the same fluid at a commercial scale.

“People arrived at our stand with the idea of creepy crawlies, and when they tasted the ice cream, they couldn't even believe that it was made from insects,” Gourmet Grubb co-founder Leah Bessa told Design Indaba. “And that is how it begins, just by educating people on the possibilities.”