Our Brains Are Inflammed, No Wonder We’re Depressed 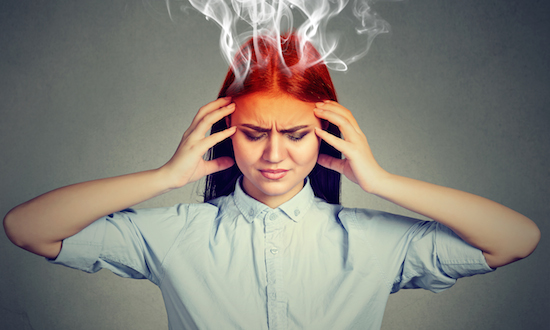 Scientists and medical experts continue to point out the link between diet and brain health as more and more Americans suffer from conditions like depression and Alzheimer's disease.

At the end of 2016, some startling statistics were released showing that 40 million Americans are taking medications prescribed for psychiatric illnesses. One in six Americans are turning to antidepressants like Zoloft or Celexa, and sedatives like Xanax for anxiety, as well as sleep medications such as Ambien. Some of these sedatives are contributing to a growing and dangerous health crisis with addiction in the US.

But in a recent article on Pyschology Today, Dr. Georgia Ede explains brain inflammation and suggests that diet changes could be used as an effective treatment. And although you may imagine a swollen brain when you hear the word inflammation, she clears up in this article that what she’s talking about is “inflammation on a microscopic level.” And she goes on to explain, “When cells are in distress, they release tiny SOS signals called ‘inflammatory cytokines’ that can be measured in the blood.” Those inflammatory cytokines have been connected to psychiatric conditions and also can interfere with seratonin and glutamate production that have been linked to mood and psychotic disorders.

For several years now, diet has emerged as an answer to a myriad of health problems, so it’s not surprising to hear experts like Ede suggesting that although some medications are useful and can work, that our most promising approach in treating this brain inflammation could be removing the cause. Ede says the worst offenders when it comes to inflammation are refined carbohydrates and refined vegetable oils. And she suggests eliminating these foods, which boils down to avoiding processed sugars and starch and processed foods made with vegetable oils, could be the best treatment.

Back in 2009, we reported on a study, published in the British Journal of Psychiatry, that examined the link between diet quality and mood among 3,486 civil service employees over a five-year period. In the study, diets high in processed foods, meat, chocolate, sweetened desserts, fried foods, refined cereals and high fat dairy products were compared to diets based on more whole foods, such as fruits, vegetables and fish. Then, respondents were asked to answer a series of questions, which included a self-assessment of depression. And even after other factors – such as smoking, physical activity level and body mass – were controlled, those consuming a healthier diet were less likely to report symptoms of depression. Those who reported a higher intake of processed foods were more likely to experience depression.

And in 2011, we saw studies linking omega-3 fatty acids to improved brain function, and in addition low intake of omega-3s showed higher incidences of suicide, violence and obesity.

Just a few weeks ago, we saw new research emerge in particular about canola oil and the possible connection to Alzheimer’s disease of which six million Americans are currently affected. That number is expected to rise by 2060 to 15 million. In this case, a food long thought to be good for the heart could be harmful to the brain. As Ede and other researchers have explained, omega-6 fatty acids, found in highly processed oils like canola oil, not only promote inflammation but also interfere and compete with omega-3s.

And just to add another current compelling report supporting diet and the brain, last month a study was published showing children that eat fish (omega-3s) once a week, sleep better and have higher IQs that those that don’t.

According to the World Health Organization, the US is one of the most anxious and depressed countries in the world. It’s time to start thinking more about feeding our brains properly.

In Phil Lempert’s 2018 Top Ten Retail and Food Trends, neuro-nutrition, how food affects the brain, is a movement we will start to see explode, for all consumers from infant to senior.