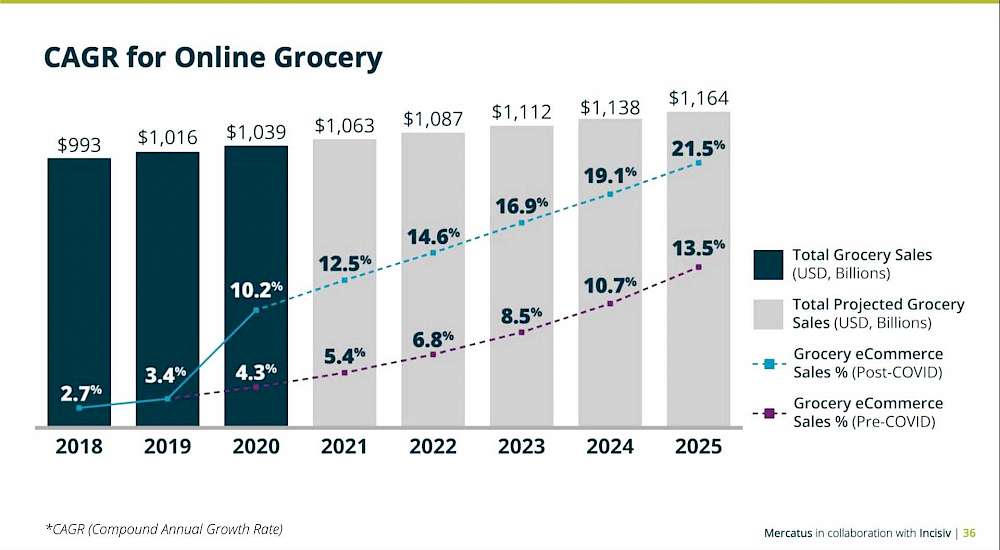 Both fresh vending and direct-to-consumer (DTC) e-commerce by brands, for example, enable consumers to acquire foods in convenient, low-touch ways that save trips to stores and eateries during the pandemic.

Among fresh vending’s many right notes – it is a chef-driven, fresh, healthy, local, sustainable, delicious, convenient, time saving and ready-to-eat channel, believes SupermarketGuru.com. It provides easy, satisfying, health-promoting snacks and meals for end of the workday, commute or physical workout eating occasions. Because it is chef-led today as a way for restaurants to protect revenues despite some state-mandated operating restrictions and closures, expect menu innovations to keep customers coming for the diverse tastes.

This is a growing segment within the U.S. self-service kiosk market. Interactive kiosk sales grew 17.9% in 2019 to $11.9 billion, paralleling growth of the prior two years (not counting ATMs, refreshment and amusement vending machines), noted the 2020 Kiosk Market Census Report: Record Growth Continues, by Vending Times, BCC Research and Kiosk Marketplace.

Meanwhile, the Shopify Plus platform has provided a way for food brands and restaurateurs to sell their own products directly to consumers in a pandemic that throttled in-person traffic.  The platform’s gross merchandise volume in the fiscal year ended December 31, 2020 soared 96% to $119.6 billion vs. the prior year, and in Q4 alone rose 99% to $41.1 billion vs. the same year-ago quarter. The platform already had growth steam behind it pre-pandemic; merchants who sold on Shopify for all of fiscal 2019 grew their sales by 21% monthly on average, the company said.

Shopify enables food and beverage brands to easily customize storefronts for multiple sub-brands and directly engage customers. This is a big step because ‘who owns the customer’ has been an historic tussle between food brands and retailers. Food brands wanting to ‘own the dialogue’ mostly hesitated to sell direct to avoid upsetting retail store operators – until lately.

“Ocean Spray, Colgate and Nestle are [among CPG brands] using DTC to stay competitive as online shopping continues to boom and traditional retail struggles,” said SAP in a blog this winter.